The bundle of Portuguese swag I ordered on my birthday has arrived after only five days, which is a lot better than Amazon can manage these days. Nice work FNAC! 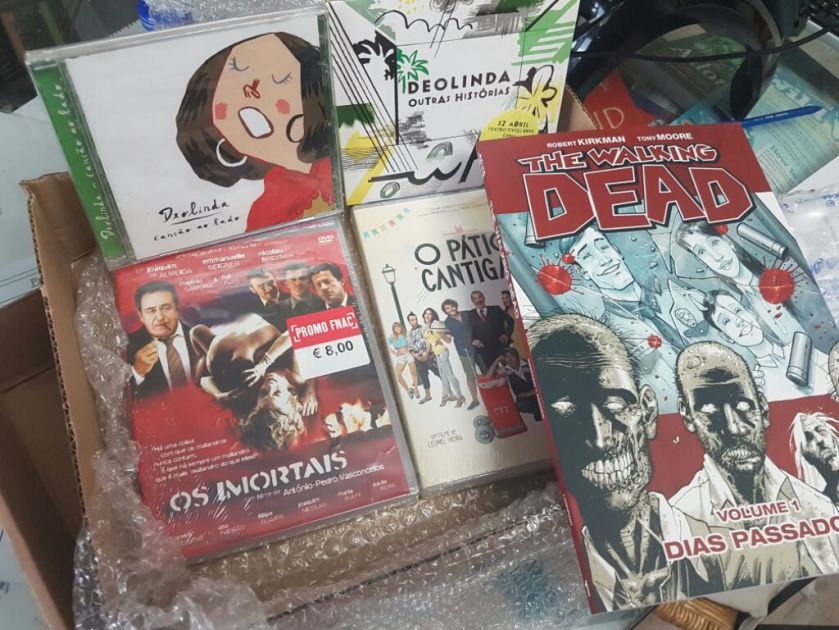 The Postman brought me…

Dias Passados – Walking Dead Vol 1. I’ve never read any of these or seen the series so I guess I might as well use “it’s homework” as an excuse to start.

] by António-Pedro Vasconcelos and starring Nicolau Breyner (who is in just about every film ever made in Portugal) and Joaquim de Almeida (who also gets around, either within Portugal or playing evil Columbian drug barons in Hollywood movies). My cunhada (sister in law) recommended the director so I thought I would give this a try.

O Pátio das Cantigas by Leonel Vieira,which is a modern remake of an old classic. I probably should have bought the old classic, but I’m an idiot so I got this instead

respectively] because they are one of my favourite bands now and I can usually understand what they’re saying, more or less.

One thought on “Birthday Swag”